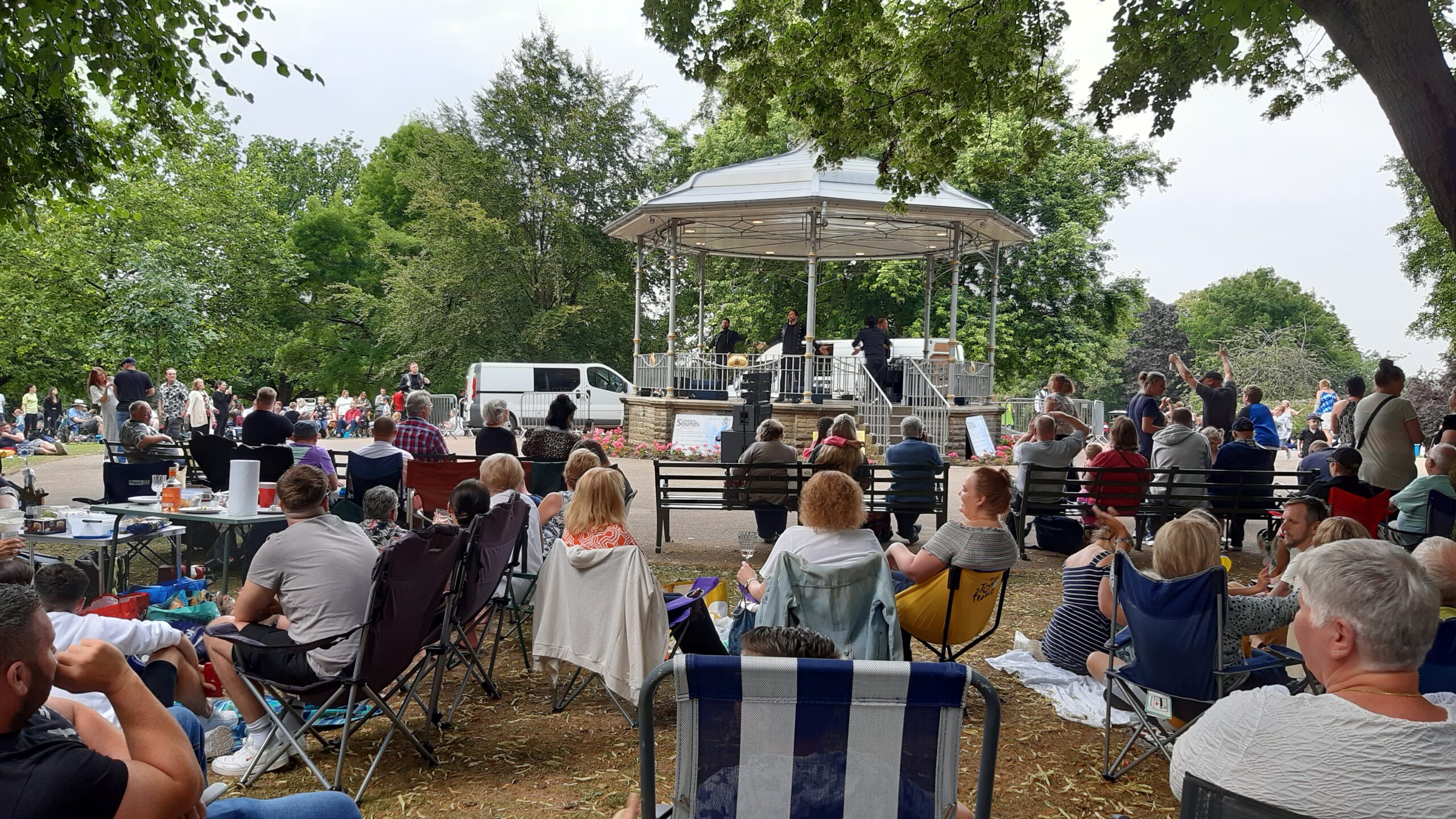 With Music from a Take That and Robin Williams tribute band, stalls, and performances Erewash and Victoria Park was Alive with over 1500 people, as Summer Sounds returned to Ilkeston’s Victoria Park on July 25.

There was also a fun Punch and Judy Show and craft activities for children provided by Jolly Jingles Fun Time. Also stilt walkers making giant bubbles, by Joker Entertainment. The Deputy Mayor of Erewash, Councillor John Sewell opened the event at 3pm, Music performances then started on the park’s Victorian bandstand.IMC as last time had its own stall and games area, Crafts activities were also available as well as a display of our new building project.

Our games area was popular with prizes on hand and a chance to get a gold medal at our Olympics spin the wheel. The Splat the Rat brought in the crowd and was popular with kids and adults taking part. Kids even came back for more, (Probably due to only the games area in the park).

Another popular area of the stall, and was more popular than ever before, was the free glitter tattoos, with long cues from 4pm – 7pm. It was a great event and great to see people, there was also a great chance to talk to people and engage with the community. If you came to our stall, did you enjoy yourself, have a tattoo or placed splat the rat / games.

Part of our summer series exploring different perspectives on ‘sticky’ theological topics. Don’t expect concrete answers – do expect to go away with lots to think about. Watch it here.

God’s will, free will, the reason for suffering… all pretty sticky things to discuss, we know! Well, here’s the recording of our panellists Professor Clive Marsh and Deacon Eunice Attwood.’Sticky Theology’ debate on the topic of: ‘does everything happen for a reason?’ with host Revd Simon Sutcliffe and

We used the software and did it in similar way as to in church, with music, prayers and a message/reflection. We also broke into groups online to chat and coffee. Some members read from bible and all joined in in singing.

“The informal chat room at end were great and well received, a chance to catch up”

“Good to see a number of friends”,

“Lovely to see everyone on screen Without Masks”

“Service was very good, my cat thought it was good and not fall asleep “

“Loved the service this morning and was really well done, loved seeing faces not seen for a while”Fancy joining us, see link or get in touch

In September we started the ideas flowing for working in community during lockdown, well the bulbs ideas have grown in strength and well received.
Now Christmas is near and so is advent. Through WhatsApp, emails and zoom, ideas came in and people have been giving some thought about Christmas and some good ideas have come up.
A few folks have been looking at some resources which are now available from Scripture Union, Methodist church and from other Christian sources, and there have been some discussions about how/when to try to keep in contact with the many families who are Messy Church regulars.
Ideas include trails, Quiz / Social nights via Zoom, Carols singing, Messy Church, sending card and much more.

During October, the folk at Ilkeston Methodist Church have been busy planting bulbs to bring some cheerful colour for the people of Ilkeston to enjoy in early Spring next year.

Faced with the cancellation of many of the usual community events in the town due to the pandemic, the people at IMC realised that they needed to come up with new ideas for ways of sharing some love and joy with those who have had a tough time over the last few months. We challenged members to come up with ideas for ways to be involved with the community, many ideas were shared, yet on IMC Whatsapp the Bulb idea was springing into action with all using our skills, contacts and knowledge.

The bulb-planting took hold and by the end of the month, over twenty pots had been planted up safely, keeping to the rules on social distancing, and delivered with a message of support to an outdoor area at several care homes; Victoria Court, Oliver House and Hargreaves Court, the Museum and the United Reformed Church in Ilkeston.The hope is that Spring 2021 will bring plenty of colourful flowers to enjoy and even better, some hope of better times ahead.

The Earth is the Lord’s

The Methodist Prayer Handbook is now available. Titled The Earth is the Lord’s, (taken from Psalm 24 verse 1: The earth is the Lord’s and all that is in it, the world, and those who live in it).

The price from Methodist Publishing is £4.50 but the cost to you will be £4.15 per copy; large print copies are also available at the same price. Judith is asking for payment after you’ve received the handbooks.

The publication date is later than usual this year (31st August) so we will not receive the handbooks until September.

Welcome to WordPress. This is your first post. Edit or delete it, then start writing! 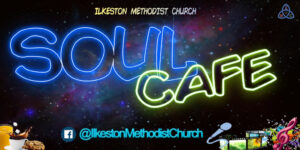 Been in Lockdown, need a Life lift, a booster to start the week. Join us for a relaxed night of inspiration, motivation, thought-provoking night in a relaxed interactive cafe. With Poetry, video clips, music, and more, incl refreshments. 6pm Sunday 17th Oct Come join us for a journey through images, video, poetry, drama, music, and
View Calendar
Add

Prayer As we rejoice and are thankful for all You have done for us, move our hearts and minds to pray for others. Still, in these uncertain times, we pray You will continue to bless our NHS, carers and key workers. Thank you for their skills and care. Strengthen them with Your Spirit that through their work many will be restored to health. For vaccines and medicines from the work of medical researchers we are truly thankful, and pray for the safe and swift distribution of it. We pray for all those known to us who are ill and need Your healing touch. We pray for all those working in our communities distributing food, help and care in so many ways. Thank you, Lord, for helping us all to do our part as we encourage and bear one another’s burdens. Amen ... See MoreSee Less
View on Facebook
· Share